If you still have questions or prefer to get help directly from an agent, please submit a request.
We’ll get back to you as soon as possible.

The JAVS Audio Mixer kit comes with the following: 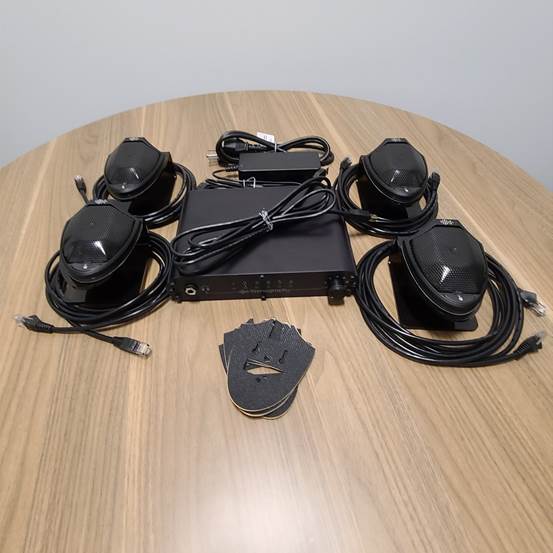 This section provides an explanation of the JAVS Audio mixer along with step by step instructions on how to connect the FlexMics to the mixer as well as connect the USB cable to your computer.

Front of the mixer

The front of the mixer, starting at the left side, has a 6.35mm headphone port to listen to the audio as it’s being recorded.  If your headphones have a 3.5mm connector, like most headphones do, a 6.35mm to 3.5mm converter adapter can be used.

Next there are six LED lights corresponding to the six ethernet ports on the back of the mixer will light up when audio is being picked up from the FlexMics. If the LED is not lighting up, check the cable to the corresponding port and make sure it’s secure in both the port and mic. 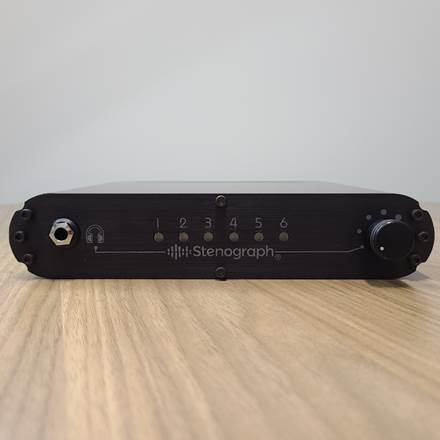 Back of the mixer

On the back of the mixer, again from the left side, we have six ethernet ports labeled 6-1. These ports are used to connect the ethernet cables to the FlexMics. When you connect a mic to one of the ports, the LED on the front of the mixer will light up indicating it’s receiving sound.

Next is the four audio block ports which are used to output to public address systems or other audio systems. These are not typically used for MAXScribe.

Finally, we have the USB port, power port, and reset button. The reset button can be used in the rare case the mixer becomes unresponsive. Simply hold the reset button for a few seconds then release. 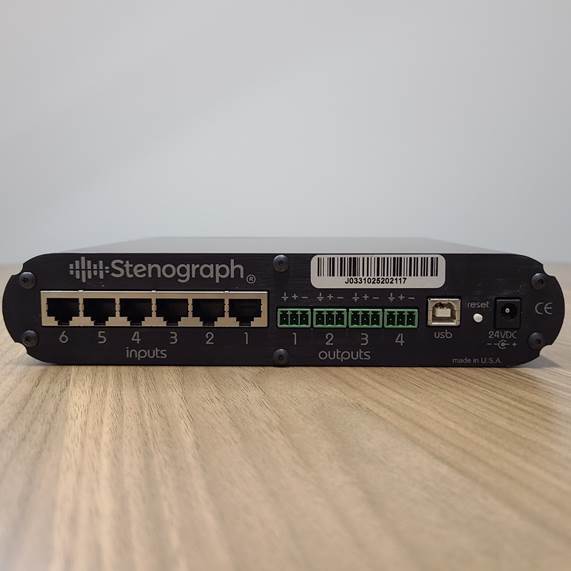 Connecting the FlexMics to the mixer

Tip: Place a colored sticky bookmark tab around the ends of the cables to make it easier to identify which microphone is plugged into which port. 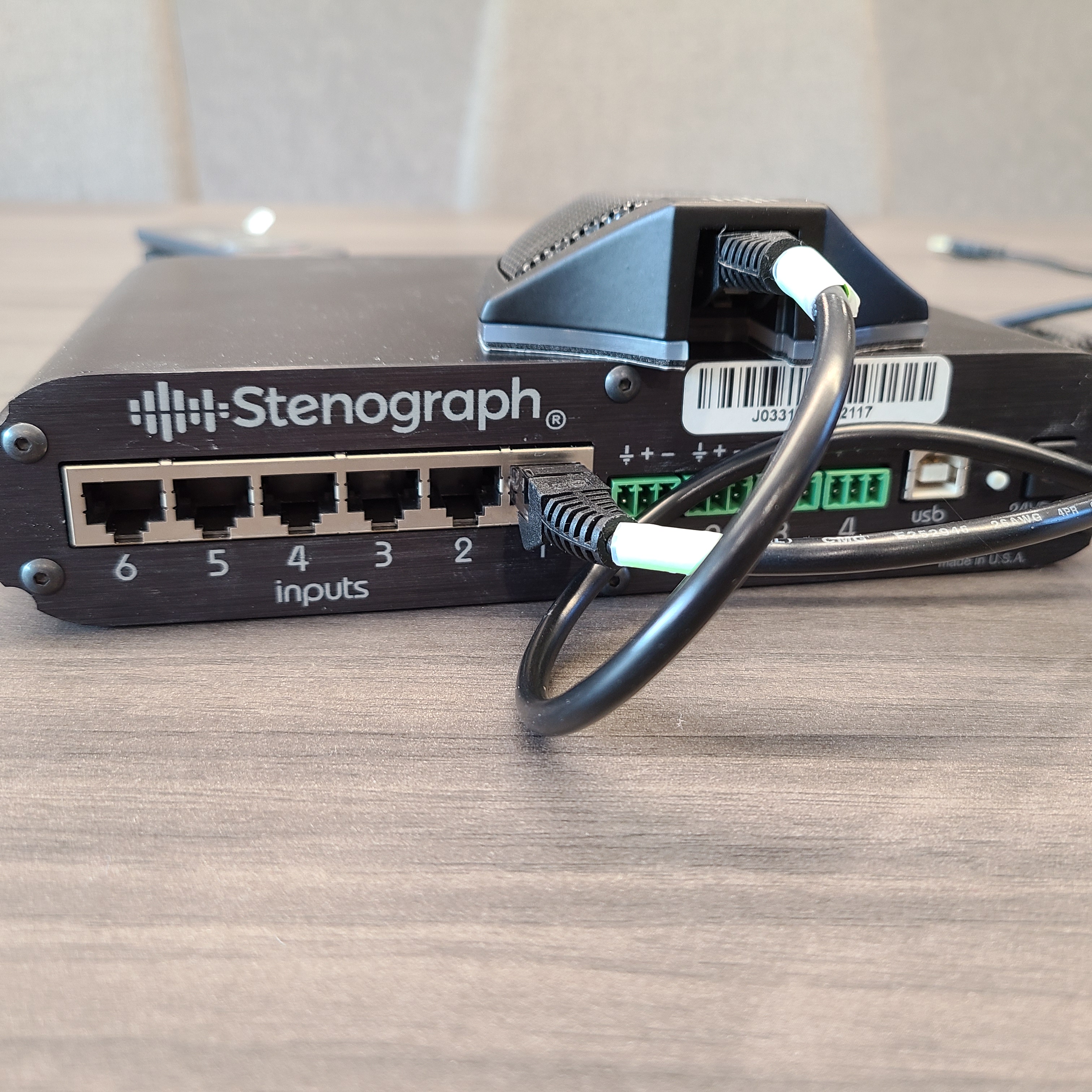